Harnessing the Power of a Trademark 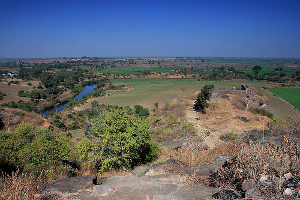 On a trip to look for new business opportunities in Malaysia in 1985, Indian bank clerk and fledgling entrepreneur Mr. S.K. Matlani came across mosquito repellent mats. This piqued his interest, because the daily annoyance of mosquitoes and other pest insects flying around back home meant there was a huge potential market for this new technology. When he returned home to Indore in the state of Madhya Pradesh, Mr. Matlani invented a small machine to manufacture mats and started his own business, JET Home Care Products, Ltd. (JET), to manufacture and sell mosquito repellent mats.

With a company name and manufacturing facilities in hand, Mr. Matlani was nearly ready to launch his business. There was only one thing missing: the actual mosquito repellent formula. Mr. Matlani secured approximately Rs. 3 million (around US $65,000 at the time) in investment for research and development (R&D) into a new repellent formula. It did not take long for his R&D to pay off, and he developed a unique repellent that was based on his knowledge of the region’s environment, culture and mosquito population.

Mr. Matlani’s formula proved to be a perfect combination with the matt manufacturing and know-how he learned in Malaysia, and in 1986 he started small-scale production of his new repellent. Early commercialization efforts were small, but business grew at a quick pace and Mr. Matlani was able to expand his infrastructure with more employees and moved production from his home to a new factory. While enjoying this growth, JET valued its entrepreneurial and family-run heritage, and undertook all commercialization, marketing and distribution activities in-house.

Shortly after launching production, Mr. Matlani knew that no matter how good the technology and formula was, a well known brand name and image was essential for his venture to succeed.  Although he could have patented his unique repellent formula, he decided that the quickest way to establish a strong market presence was to build an enviable image linking the customers and company with a trademarked brand name. Mr. Matlani therefore focused his IP management strategy on registering a trademark to create a strong brand name and image.

When thinking of a name for his new product, Mr. Matlani did not have to go far. Knowing that a trademark had to be easy for his customers to say and remember, he realized that the “JET” in his company name already met all of these qualifications. Naming his new product “JET” mosquito repellent, he promptly registered a trademark for this name with the Office of the Controller General of Patents, Designs and Trademarks (CGPDTM) of India.

JET Mosquito turned out to be the right choice for a trademark and brand name, as it caught on quickly and became immensely popular. In just a few short years it achieved what many other small and medium enterprises (SMEs) could not and became the number two mosquito repellent in the region. With a name that stood for quality and that was instantly recognizable to its customers, JET was soon knocking on the door of its largest competitor. 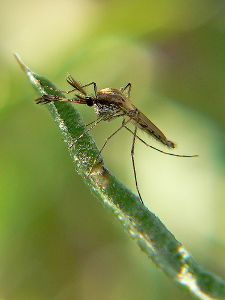 JET Mosquito repellent proved to be a an effective formula to fend off the annoying and dangerous insects (Photo: Javier Díaz Barrera)

In 1995, one of India’s largest industrial conglomerates, M/s Godrej Sara Lee Limited (GSLL), was looking to enter the domestic mosquito repellent market. After evaluating its options, GSLL saw the quick pace of JET Mosquito’s growth and the incredible value that the trademark held. Instead of developing its own brand name from scratch, GSLL decided that purchasing an already established and well-known trademark such as JET Mosquito would be a more feasible and effective approach.

That same year, GSLL entered into negotiations with JET for purchasing their respective trademarks. Open to the possibilities his trademark held, Mr. Matlani entered into lengthy negotiations with GSLL and eventually decided to sell his JET trademark for Rs 300 million (approximately US $6.5 million at the time). Because GSLL wanted to use the JET Mosquito brand as a foothold to get into the mosquito repellent market, the factory and other tangible assets remained with Mr. Matlani and subsequently ceased operation.

With an initial investment of only US $65,000, Mr. Matlani’s successful use of trademarks led to a windfall of over US $6 million, which was a massive boost for an SME. Using this sudden influx of income, in 1997 Mr. Matlani opened the Matlani Group of Industries (MGI) and that same year started Sonic Biochem Extractions Ltd. (SBE), an SME that manufactures and sells non-GMO (genetically modified) soya value added products. SBE has become one of the leading non-GMO soya product companies in India, and as of 2011 has a presence in over thirty countries. With modern R&D facilities, SBE has developed new products and secured nearly ten patents with the CGPDTM and also possesses ISO 9001, ISO 22000, Star K Kosher, GMP and Halal certification.

The Power of Intangibility

Mr. Matlani’s successful story of creating a powerful brand name is an important example of the vast potential held by intelligent management of a sound IP strategy. The JET Mosquito trademark ended up delivering JET more value than the actual product itself had up until the trademark sale, and this shows that IP rights such as trademarks can be far more important to a company than many other traditional tangible assets. This was the case for Mr. Matlani, as his fortuitous trademark registration and IP management strategy turned out to be his greatest asset of all.