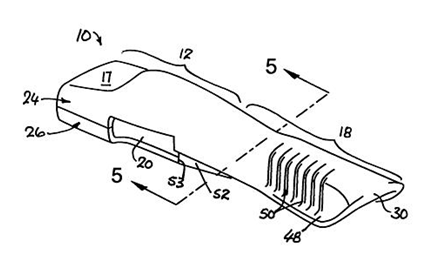 Bill Mobbs and Jag Dillon were enrolled in an MBA program when they came up with the idea of establishing an innovative, technology-based business. Mobbs was a computer consultant and Dillon a research scientist and official in the Therapeutic Goods Administration in Australia. They anticipated their business to be global, innovative and protectable, targeting a niche market. Established in Canberra, Australia in 1994, the name ITL was chosen to represent the characteristics of the company, namely Innovation, Technology, and Licensing. It was changed later and now ITL stands for Innovating Technologies for Life.

Like many businesses, the initial focus of ITL Limited, was on identifying the right products. During the early 1990s, the risk of AIDS and Hepatitis C infection was receiving global attention. Healthcare professionals and blood collection agencies such as the Red Cross were particularly concerned with the risk of accidental infection, given that they were dealing with needle devices (syringes and blood collection needles) in their regular work. ITL was quick to realize that there was a growing need for a new product – a container where blood collection needles could safely be stored upon withdrawal from the donor, thus minimizing the risk of needle injury and infection.

It was only a matter of time for ITL to turn into a full-fledged global business involved in innovating, designing, manufacturing and commercializing medical devices and healthcare products. Over the years, ITL has grown from a small privately owned research and development venture into a multi-million dollar, publicly listed company manufacturing and supplying products in the Australian and global healthcare markets.

Initially, ITL relied upon a number of sources for its working capital. These sources included founder’s equity, investors’ equity and concessional loan and grants from the Australian government.

The third source made significant contribution to ITL’s working capital needs, and in its ability to pursue international marketing strategies. Many such schemes focus on industries with protectable intellectual property (IP), and industries with export potential. ITL was able to demonstrate its potential in both sectors, which facilitated the firm to gain confidence and enthusiastic support from these schemes.

While developing the container for storing blood collection needles, the company engaged a designer to implement ITL’s design concept and ideas. Since the designer was working as an individual contractor and not as an employee of ITL, one of the primary questions that the company had to deal with was concerning the ownership of the IP of the product being developed.

The implementation of this IP Policy also ensures that there are formal employment agreements in place between ITL and each of its employees, which provide for: 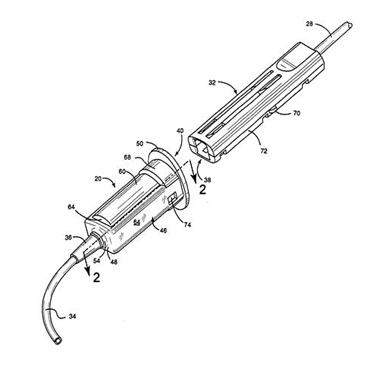 In 1994 ITL applied for its first utility model (now called “innovation patent” in Australia) over its first product, the DonorCare® Needleguard, which was later converted to a standard patent.

The DonorCare® product is a vessel with a unique design into which blood collection needles are retracted upon withdrawal from a blood donor. The patent was critical, particularly because ITL soon found competitors entering into the market with similar products. The patent protection, however, ensured that competitors’ products could not match the superior design and functional characteristics of ITL's product, allowing it to stay ahead of its competitors and to discourage and deter infringers.

At present ITL has over 100 patents granted in some 12 patent families.

Along with the patent, DonorCare is a registered trademark of ITL, which ensures product recognition. Potential customers need to be aware of the product, and to recognize ITL products over any competing product. Such trademark branding of ITL products facilitated in generating loyalty, confidence and preference among blood collection agencies. With new products coming out gradually, ITL now has 11 trademarks registered in over 25 countries.

This dual strategy of product protection and product recognition complement each other. In this way, the trademarks in countries where there are no granted patents leverage off the patents granted in other countries. This is a clever use of two different IP assets.

ITL's product range now extends beyond the DonorCare needle protector, for example, to the Platypus® needle protector, the Bladeguard™ stitch cutter, and the SampLok®, which creates a vacuum for blood collection. All of these products are protected by patents and trademarks.

ITL’s business strategy initially did not grant patent licenses, a decision which was based on the assumption that the company would generate greater financial returns if it sold its products by itself, because sales margins would be greater than royalties earned through a license. ITL decided that instead of licensing its IP, it would outsource manufacturing, purchase products from its contract manufacturers, and sell its products to its customers.

With its own manufacturing and tool making capability, ITL's business expansion has included:

2. manufacturing mould tools for other clients; and

3. contract manufacturing for other clients.

ITL takes a responsible approach to voluntarily protecting the environment by implementing a scalable environmental management system to prevent pollution of the environment and that complies with relevant country’s regulatory and legal requirements throughout its product realization process. 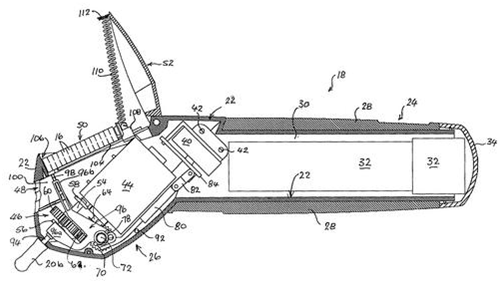 Since 1994, ITL Limited has grown from a company with two founders and no staff to a company of over 150 staff in four countries. The company revenues have grown year on year to the present US$ 43.8 million. It has some 20 staff in Australia, over 130 staff in Malaysia, and marketing staff in the United States and the United Kingdom. ITL's products are in over 35 countries and protect the lives and well-being of millions of healthcare workers. Along with the plant in Malaysia, ITL also has a manufacturing facility located in Melbourne which manufactures procedure kits for operating rooms and other target health care markets.

In 2003, ITL made a major acquisition by purchasing Surgicare, a company that had been operating for 25 years and enjoyed a high market share in customized procedure packs for various medical applications. ITL also acquired CWP Design, an industrial design company. This acquisition resulted in an integrated design-development-manufacture-market service. ITL was granted listing on the Australian Stock Exchange in 2004.

The success of ITL lies in devising a business strategy based on IP. ITL ensured that it owns the IP of the products upon which its business relies and developed a mechanism for leveraging its patents and trademarks. Within a very short time, ITL has established itself as a leader in designing and manufacturing innovative medical devices and procedure packs for global healthcare markets.