2013 Address by the Director General

It is a pleasure for me to extend to all delegations a warm welcome to this session of the Assemblies of the Member States of the World Intellectual Property Organization (WIPO). I am deeply grateful to the Member States for their commitment to the Organization, which is so apparent in the presence here of such a large number of delegates, over 1,000, I believe. 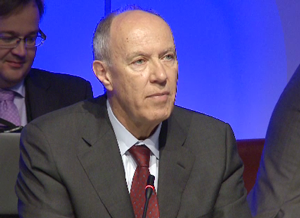 At the outset, I should like to thank the outgoing Chair of the General Assembly, Ambassador Uglješa Zvekić, for his dedication and service over the past two years. Ambassador Zvekić has been committed to working to achieve agreement amongst the members and has been very effective in bringing this about. We are indebted to him for his skilled diplomacy and professionalism.

I congratulate the new Chair of the General Assembly, Ambassador Päivi Kairamo, upon her election and I look forward very much to working with her to advance the multilateral agenda at WIPO in the coming period.

The twelve months since the last Assemblies have seen many positive results for the Organization. I have described them in some detail in a Report that is being made available this morning and so I shall mention here only selected items from those results.

Financially, the Organization is in a very sound position. We ended the year in 2012 with an overall surplus of 15.7 million Swiss francs. In consequence, our reserves stood, at the end of 2012, at 178.2 million Swiss francs, some 58 million Swiss francs above the level set by the Member States as a prudent safeguard against downturns or other adverse impacts on our operating revenue.

As you will have observed, work on the construction of the new conference hall has progressed well and should be finished in April or May next year, allowing us to hold the 2014 Assemblies in the new facility. We also expect to complete the project within budget.

Our Global IP Systems, the Patent Cooperation Treaty (PCT), the Madrid System for the international registration of marks and the Hague System for the international registration of designs, continued to experience growth levels that out-perform the world economy. We are also witnessing a strong and consistent expansion in the geographical coverage of the systems, particularly the Madrid and Hague Systems. All three systems, which have memberships of 148 (PCT), 91 (Madrid) and 60 (The Hague), respectively, are on the way to becoming truly global in their reach, even if at different speeds.

Great progress has been made in a number of ways in relation to the technical infrastructure that underlies the operation of the IP system worldwide. This infrastructure provides the interface between IP Offices and their users; it connects the IP Offices of Member States to each other and to our Global IP Systems; and it provides for the public a window onto the rich collections of data that are generated by the IP system and that are increasingly important sources of passive technology and business and economic intelligence.

Our programs in this area are now extensive and are attracting very positive interest from the Member States, users of the IP system and the general public. This is the area in which we are experiencing the greatest demand for technical cooperation from the developing and least developed countries. The number of Offices using WIPO-provided IT systems grew from 61 to 72 and the list of outstanding requests is long. Likewise, demand for assistance in establishing Technology and Innovation Support Centers (TISCs), which offer a means of spreading access to technology across the whole community, is high. Thirty-six projects have been launched in this area, covering 320 TISCs worldwide.

The highlight of the year, however, was the successful conclusion of a new multilateral treaty, the Marrakesh Treaty to Facilitate Access to Published Works for Persons who are Blind, Visually Impaired or Otherwise Print Disabled. I should like to extend our thanks to the Government of the Kingdom of Morocco for the outstanding arrangements that it provided for the Diplomatic Conference and for the very warm and generous hospitality that the Government and people of Morocco extended to all the delegates. I also congratulate the Government of Morocco and the President of the Conference, the Honorable Mustapha Khalfi, Minister for Communications, on the successful outcome.

The success in Marrakesh resulted from the extraordinary engagement and commitment of the Member States. Five meetings and open consultations were held in the six months immediately preceding the Diplomatic Conference, as well as innumerable other informal meetings. The negotiators worked day and night. The outcome was a wonderful result for visually impaired persons, for intellectual property, for the capacity of the international community to develop a consensus around an effective solution to a clear need, and for the Organization.

The Marrakesh Treaty built upon the success of the Beijing Treaty in 2012. The hope expressed by all the delegations at Marrakesh was that the constructive cooperation that led to those two successes would find expression in the future normative agenda of WIPO. We have two main items in this regard on the agenda for this meeting.

The first is the proposed design law treaty for which work is nearing completion. The proposed treaty would provide simplified and more accessible procedures for obtaining protection for designs. The Government of the Russian Federation has generously offered to host the diplomatic conference. It is very much hoped that this exercise can proceed with a positive decision to build upon Beijing and Marrakesh.

The second item concerns the way forward for the shared objective of providing effective protection for traditional knowledge, traditional cultural expressions and intellectual property in relation to genetic resources. It is of the utmost importance to bring this work to a satisfactory conclusion. The process has been long and arduous. It is hoped that the Member States can find an expression for the new mandate for the Intergovernmental Committee that can be embraced by all. One of the main priorities of the coming year will be to progress this work to a good outcome.

Looking beyond our immediate agenda, it is clear that the tendency for intellectual property to move from the periphery to the center of the economy continues. The rise in value of intellectual capital and intangible assets, the recognition of the fundamental economic and social role of innovation and the ubiquity of the Internet, devices for accessing it and, in consequence, of entertainment and creative works are all contributing to this movement. In previous years I have spoken about the innovation part of the movement. Please allow me to say a few words now about the creativity and creative content part.

Our studies across 40 countries with developing, transition and mature economies indicate that, on average, the creative industries account for some 5.2% of GDP and some 5.3% of total employment. In some cases, these figures rise to 11%. Huge economic value is generated by the creative industries, in addition to their cultural and social contribution.

The past 20 years has witnessed the steady migration of creative works from analogue formats and physical distribution to digital technology and distribution over the Internet. This has been a classic process of creative destruction. It is a normal part of any such process that value shifts. But what has been worrying in the transition from analogue to digital is the seemingly avoidable and inappropriate loss of value to creators, performers and the creative sector. A multiplicity of studies have been undertaken to measure this phenomenon and discussion, if not arguments, abound about methodology and magnitude. What is clear, however, is that the impact of illegal downloading is significant and negative. While the value of digital sales has been rising, they have not been rising at the same rate as analogue sales have been falling and value is being lost.

The creation of such a marketplace is an extremely delicate and complex process, not the least because most of the building blocks have to be put in place by the enterprise sector and not the public sector. There is, however, reason for optimism, compared to ten years ago, that this is happening, even if slowly.

The seamless global digital marketplace will function on data, more specifically metadata. It is data that will connect consumers and creative works via a diversity of platforms behind which will operate mechanisms for clearing the rights to use the works and for payment.

There is an unprecedented opportunity in these developments for making the developing and least developed countries part of the global digital marketplace. The developing world has traditionally been content rich and distribution poor. It s home to some of the finest creators and performers in the world, but the opportunities for these creators and performers to get their works and performances into global markets have been limited. Now, the Internet is a global stage. The world record for the number of hits on YouTube, for example, is held by the Korean singer Psy for “Gangnam Style”, which has been viewed 1.8 billion times. Worldwide, there are 2.7 billion people online. In the developing world, Internet penetration will reach 31% by the end of 2013. In addition, more and more content is being delivered through mobile platforms and there are, according to the International Telecommunication Union (ITU), 6.8 billion mobile subscriptions, 5.2 billion of them in the developing world.

To take advantage of this emerging world, we have two projects that we believe will help the process of connecting creators and performers in the developing world with the nascent global digital marketplace. They both relate to data management in the broad sense, since data will be the basis of the marketplace for creative works. The first is seeking to develop a new voluntary quality assurance standard for collective management organizations, which are the entities that hold data on creative works in order to manage those works. The aim is to provide guidance and support for collective management organizations to achieve high performance levels of transparency, accountability and governance of the benefit of the rights holders they represent. The second project aims to enhance the IT system for management of data by collective management organizations, putting them in a position to be able to join the global market for creative works. These projects offer exciting prospects for contributing to a vibrant and truly global marketplace for creative works and for assisting the developing world to translate its cultural and creative assets into commercial assets in that marketplace.

For the Organization to make its mark and to contribute to the increasingly complex and sophisticated world in which intellectual property operates, it needs first-class staff. I should like to express my gratitude to the women and men of the International Bureau who have contributed so much to the successes of the Organization in the past twelve months. I should like also to express my gratitude to the Member States for their unceasing engagement, commitment and support.