From a Lone Stall to International Success 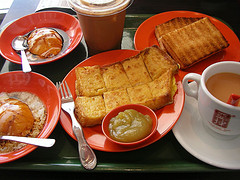 Ya Kun products, including its famous toast
(Photo: Hajime Nakano)

Looking for an opportunity for a better life, fifteen year old Loi Ah Koon left his home of Hainan Island and jumped on an old Chinese ship bound for the teeming port of Singapore. Arriving to an uncertain future and without knowing anyone in Singapore, Ah Koon gravitated towards the local Hainanese community and soon landed himself a job as an assistant in a coffee stall. Quickly picking up the tricks of the trade, Ah Koon used his ambition, entrepreneurial spirit and savings to open up his own coffee stall with two partners a few years later. Opening his stall under the “Ya Kun” name (a phonetic Romanization of his name), Ah Koon sold coffee, tea, eggs and toast in the bustling Telok Ayer Basin region of downtown Singapore. From money lenders to police, Ah Koon’s stall quickly built up a loyal customer base, which continued even after his partners left him to fend for himself.

Ah Kun’s stall really took off when his wife joined him in 1936. Working alongside her husband, she perfected her skill of making homemade kaya (a sweet coconut and egg jam) and put kaya toast on the menu. Ah Kun also began roasting his own coffee over firewood at the back of his stall, adding “Planta” (a well-known Singaporean margarine) and sugar to the mix. These two new menu items were a big hit, and the stall became a booming success, providing Ah Kun and his wife with enough resources to raise their eight children. Over the next thirty years, the Ya Kun Coffee Stall moved a few times but never waned in popularity. In 1998, after more than half a century in business, it moved to its present location in Far East Square, a trendy part of Singapore’s central business district.

Shortly after this move Ah Kun passed away, but the Ya Kun Coffee Stall lived on through his children. Recognizing the popularity of the Ya Kun brand name and the need to modernize, Adrin Loi, Ah Kun’s youngest son, capitalized on Ya Kun’s intangible assets to expand Ya Kun beyond the one stall “mom-and-pop” operation it had been for so long. The Ya Kun coffee stall became Ya Kun (S) Pte. Ltd. (Ya Kun) and in 2001, Mr. Loi launched Ya Kun International Pte. Ltd. (Ya Kun International) to create and manage the Ya Kun franchise system.

Before Mr. Loi took over Ya Kun in 1999, the company’s business strategy was conservative and lacked modern managerial business expertise. It worked on a simple business model and lacked depth and breadth of product offerings, which made it easy for competitors to duplicate and thus left little impetus for change and growth. Despite Ya Kun’s popularity, Mr. Loi was faced with the difficult challenge of coming up with a way to best expand the business beyond a single location.

Mr. Loi spent significant time researching his options. He thought about raising the necessary financial resources himself to grow the business, but this proved too daunting of a task with his limited available capital. He then researched ways in which intellectual property (IP) could help a business grow and realized that he was sitting on a substantial IP portfolio. His father had built up a lot of goodwill, customer loyalty and strong brand recognition of the Ya Kun name, and this could all be used for effective expansion. After researching the benefits IP could bring, Mr. Loi decided that it would be the cornerstone of the company’s growth strategy and would be realized through franchising and creating Ya Kun Cafés throughout Singapore. In 2000, he brought in a franchising consulting team to help him develop a franchise strategy.

The success of Ya Kun’s franchise system is entirely dependent on maintaining a strong IP management strategy. Ya Kun’s strategy therefore is to obtain IP rights (IPR) in its domestic and target international markets for trademarks, copyrights and any other IP created through the course of business. When Ya Kun’s first attempted to obtain IPRs in its initial international markets, it found that some foreign parties had attempted to capitalize on the company’s success by applying for trademark protection for the Ya Kun name. Though their efforts proved unsuccessful, this prompted Ya Kun to obtain IPRs before any international franchising agreements are entered into to ensure that the company will not face any legal issues related to its IP when entering a new market. 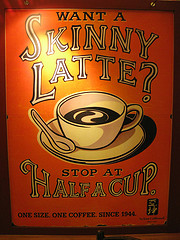 Ya Kun creates copyrighted posters to
add to the atmosphere of its stores
(Photo: Bernard Oh)

Ya Kun has made over fifteen national trademark applications with the Intellectual Property Office of Singapore (IPOS) for its “Ya Kun” name, the “Ya Kun Kaya Toast Coffee Stall Since 1944” slogan, various posters representing the company’s history and the names of popular products such as “Toastwich.” It has also made an international application under the Madrid system for its name and slogan. Ya Kun trademark applications are made either under the company name of Ya Kun (S) Pte. Ltd. or its international franchising arm, Ya Kun International Pte. Ltd. The official licensee for use of the Ya Kun trademark abroad is Ya Kun International.

Nostalgia is an important element in Ya Kun locations, so all outlets have the same posters depicting the ambience of bygone days and the history of Ya Kun. While these posters are protected nationally through trademark applications, they, along with all of Ya Kun’s manuals and other materials used in its franchise system, are also protected through copyright. The text for Ya Kun’s history and profile are also displayed in domestic outlets and thus enjoy copyright protection.

A key to Ya Kun’s IP strategy is its know-how represented in its trade secrets. The company’s coveted kaya jam recipe is a closely guarded family trade secret, and it is manufactured in a separate, family-owned facility by staff made of only family members. Mr. Loi and his family work hard to ensure that this recipe is not disclosed. Another important trade secret is Ya Kun coffee, which uses a special mix of various types of coffee beans which gives it a special aroma and flavor. 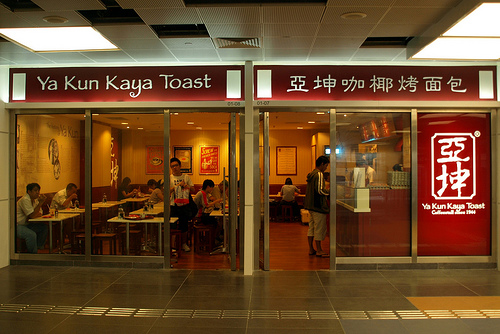 A typical Ya Kun franchise in a shopping mall
(Photo: Alan Chan)

Ya Kun’s franchise program was developed in a way to enable the company to franchise its business properly and use the correct strategies and tools to manage and protect its IP. Just before the launch of the franchise system in 2001, the management of Ya Kun International felt that it should tap into the nostalgia the Ya Kun brand represented and provide every customer with the ambience of bygone days, but at the same time offer a modern, comfortable air-conditioned store to appeal to contemporary lifestyle. Prices at Ya Kun Café franchise locations had to remain affordable and cater to local tastes without duplicating the many Western-styled coffee franchise outlets.

The Ya Kun franchise package gives franchisees the rights to operate the Ya Kun Kaya Toast concept, use of Ya Kun’s distinctive identity and trademark, initial and ongoing support, free exchange of new ideas, research and development (R&D), marketing and public relations support and a steady supply of official Ya Kun products. Ya Kun’s franchise strategy proved to be successful, and it allowed it to expand rapidly and develop a wider market for its products. In September 2001, the first Ya Kun Café franchise outlet opened at Robinson Point in Singapore’s central business district. This initial franchise provided Ya Kun International with a lot of important feedback, which helped it to improve its franchise model and rapidly expand throughout Singapore and other foreign markets.

There have been over 500 domestic franchise applicants since 2001, and this is a testament to the success of the Ya Kun name and IP. While Ya Kun International has enjoyed this success, it decided to stop granting franchises in Singapore in 2004. The company has received much interest in its franchise system from countries such as Malaysia, Hong Kong, Thailand, India, China and Australia, but the company is in no immediate hurry to enter into franchise relationships in these markets. Mr. Loi believes that franchising is a long-term relationship similar to a marriage, and thus the company would rather be careful in choosing the right franchising partners in order to ensure the viability of the company instead of rushing into many franchise agreements in many different countries. 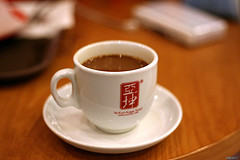 Ya Kun coffee is now famous throughout the world
(Photo: Jinho Jung)

Ya Kun has transformed itself from a small mom-and-pop stall to a successful international franchise company in a very short time. Within four years of starting the franchise system, which was only possible by obtaining IPRs, Ya Kun’s franchises accounted for half of its business and about 20% of its net profit before tax and by 2007 this number approached 30%. In 2003 the company entered into a master franchise agreement with investors in Indonesia, and in 2005 it also did so in Taiwan (Province of China) and the Republic of Korea, and the first Japanese Ya Kun franchise opened in 2007. It received product awards from 2005 to 2007 from the Singapore Institute of Food Science and Technology (SIFST) and received recognition as a Singapore “superbrand” by the international Superbrand Organization (an organization recognizing consumer brand excellence) in 2004 and 2005. By 2010 Ya Kun International had 40 locations throughout Singapore and 30 international locations in Brunei, Indonesia, Japan, the Philippines, the Republic of Korea and Taiwan (Province of China).

An IP Portfolio for Success

A valuable IP portfolio of trademarks, copyright and trade secrets has propelled Ya Kun to international success through a franchise system. Ya Kun’s IPR combined perfectly with its brand recognition to associate its products with quality, nostalgia and a homegrown company that has wide appeal. Ya Kun’s IPR has helped it grow into not only a well known brand, but an international brand that all Singaporeans can be proud of.