Using Trademarks and Brand Names as a Dialogue for Success 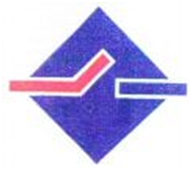 The Ingelec logo, internationally protected under the Madrid system (Registration No. 875374)

As early as 1986, foreign trade in Morocco started to liberalize with efforts culminating in several association agreements with the European Union (EU), a free trade agreement with the United States and a new industrial port constructed in Tangier in 2005. As a result of these advancements, the electrical and electronics industry in Morocco has increasingly attracted new investments, encouraged by a highly qualified workforce, a resolutely export-oriented approach and diversified upstream industries. Founded in 1975, Ingelec™ is one of the major international players in this industry. It designs, manufactures and sells electrical equipment such as electrical switches, intercoms, circuit breakers, power strips and fuses for residences, businesses and construction sites.

Formed by the Sekkat family at the dawn of the Moroccan electrical industry, Ingelec’s small size prohibited it from directly competing with large and established French corporations. With the Sekkat family’s previous experience in the plastics industry, Ingelec decided to focus on the niche market of plastic switches for electrical components. The company utilized an Italian consultant for the design and began manufacturing the switches – including all associated metal parts – for the domestic market.

Ingelec’s early focus was to offer consumers quality products that were domestically produced and sold at lower prices than those of its competitors. This strategy paid off, and the company started to grow rapidly. Even with increased competition from Asia and rising costs of raw materials, the company used productivity and economies of scale to achieve a strong foothold in the market. This allowed Ingelec to diversify and expand abroad, and today it is one of the largest electrical equipment companies in the Middle East and North Africa region (MENA).

Central to Ingelec’s early success is its focus on delivering quality products at reasonable prices, and fine tuning the quality to price ratio remains the primary goal of the company’s research and development (R&D) department. Ingelec invests $20 to $30 million annually in R&D, and its engineers work to create new products that are simple and quick to install, attractive, and consistent with international standards. It also focuses on developing new designs for safer and more ergonomic products. Keeping abreast of fast moving technological changes, Ingelec develops products that will keep up with an evolving and competitive industry. Because product diversification is essential for Ingelec’s continued expansion abroad, its R&D department focuses on meeting consumer needs in each specific market that the company operates.

Ingelec also canvasses architects, contractors and others in the industry to see what kind of products they are looking for, and to further refine the company’s existing products to meet their needs. The company capitalizes on its commitment to quality and ensures that all new innovations meet quality standards of each market in which they will be sold. The efforts of the R&D department in this regard are evident through the company’s products receiving quality certification in the European Economic Area through conformance (CE) marking, ensuring that Ingelec’s products meet EU safety, health and environmental standards.

An important part of Ingelec’s R&D is its testing laboratory, which is equipped with the latest technology to test the company’s new innovations in extreme conditions. Before a newly developed product is brought to the market, it endures testing environments such as long term exposure to corrosive materials, mechanical shocks, and sealant testing. Methods such as these have led to products such as Ingelec’s electrical switches having a lifetime exceeding 40,000 switches. Extreme testing ensures that consumers are getting the high quality products they have come to expect from Ingelec.

Ingelec describe their use of trademarks and the Madrid system

For Ingelec, the value of its intellectual property (IP) is much more important than physical assets like buildings, factories and materials. The company strongly believes that through IP it can communicate the quality of its products with consumers, which then increases product value and fosters consumer loyalty. Ingelec’s strategy is therefore to build up a strong brand through trademarks and logos. The company’s strategy has been extremely successful, as its logo and brand name are very well known throughout Morocco and West African countries. Ingelec strives to associate its brand with safety and quality, which it believes is very important for the consumer because electricity is a dangerous resource and must be used safely. Not only do trademarks help the company create a strong brand and differentiate itself from its competitors, but they also protect the company from illegal use of its names and logos, which are vital to maintaining customer confidence and loyalty.

Building strong brands at home and abroad is a cornerstone of Ingelec’s strategy and success. An early successful brand was the Atlas range of electrical switches, and over time high end brand names such as Ourika and Tichka (electrical switches and sockets) became even more popular. While customer loyalty due to the company’s quality products has built up a brand base, the company also spends up to two percent of its earnings on brand promotion. It does so through marketing efforts such as television commercials, sponsoring sports teams and event organization. 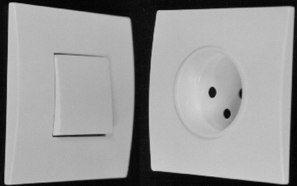 Experience in the plastics industry and a strong focus on R&D have led to the company to develop many unique industrial designs. Ingelec registers these designs with the Moroccan Industrial and Commercial Property Office (OMPIC) to ensure that they are not copied, and as of 2010 it had made 84 industrial design applications with OMPIC. The company has registered its designs since 1976, and in 2010 it made six new registrations. Ingelec relies on the Hague system for international registrations, and registered its single and double switch in 2004 and its switch and double socket design in 2005.

In line with Ingelec’s IP strategy, it also applies for trademark registrations with OMPIC. As of 2010 the company has registered 49 domestic trademarks, which include its name and logo. Beyond national registrations with OMPIC, Ingelec relies on the Madrid System for international trademark registrations. The Madrid System’s ease of use, accessibility and ability to file trademark applications abroad from within Morocco are the primary reasons behind the company’s choice. It is also much more cost effective for the company to use the Madrid system, and as such Ingelec uses it for approximately sixty percent of its trademark portfolio. It filed a Madrid system application for its name in 1995, its logo in 1999, and has made other applications for its more popular brand names such as Oruika and Tichka.

From the beginning, Ingelec has designed, developed and manufactured all of its products in its own factories. Starting out with a single facility, the company currently has four manufacturing facilities covering over 70,000 square meters, which are equipped with regularly updated technology to meet market and manufacturing demands. Throughout the entire development and manufacturing process the only thing that is outsourced is packaging. Ingelec products are sold at over 10,000 locations worldwide.

Successful use of IP and innovative R&D have led Ingelec to become the largest Moroccan company in the domestic market. On average, Ingelec sells over five million of its products per year. In 2007, the company enjoyed earnings of $373 million, over $100 million of which came from African markets, and has over 750 employees operating in numerous domestic and international locations.

The company has expanded its manufacturing capability from one facility when it started to four modern facilities by 2006. Ingelec’s export oriented growth strategy has translated into 32% of its turnover coming from international markets. Ingelec has continued to expand into European markets, and in 2007 enjoyed turnover of $6 million. In recognition of the company’s commitment to quality, in 2003 it received ISO 9001-2000 certification.

Communicating for Success with IP

Innovative products in and of themselves do not guarantee success, and Ingelec recognized that a dialogue must be created with the consumer to build trust and loyalty. Ingelec has used trademarks and industrial designs to build and protect its brands, which are recognizable at home and abroad as innovative and quality products that are safely used every day throughout the world. This approach has given the company the resources it needs to continue R&D into new products, take on big name foreign competitors and expand in new markets around the world.