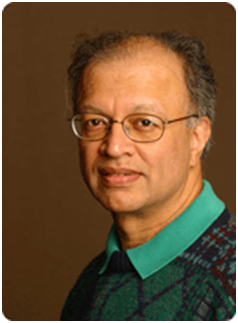 Dr.Gadgil’s application of simple technology to tackle one of the developing world’s most fundamental problems is inspirational.

The provision of safe drinking water has been one of the developing world’s most fundamental challenges. This challenge is made even more difficult and pressing by natural disasters such as the 2004 Asian tsunami. With disease spreading during the post-tsunami period, survivors desperately needed access to safe drinking water. In some ravaged communities in Sri Lanka and the Southern Indian state of Tamil Nadu, emergency relief came in the shape of an innovative water disinfection unit, the UV Waterworks (UVW). This robust device kills pathogenic bacteria, viruses and parasites in water from any source, using nothing more than ultraviolet (UV) light from an unshielded fluorescent lamp powered by a 40-watt power source.

The brains behind the UVW is Indian-born physicist Dr. Ashok Gadgil, who began searching for a way to purify water cheaply in developing countries after an outbreak of “Bengal cholera” which killed tens of thousands of individuals monthly in the summer of 1993 in North India. The application of the UVW has the potential to resolve the crisis of potable water that many developing countries have faced for ages.

Dr. Gadgil wanted to find a way to design a water disinfector that was both robust in performance, and efficient in operation. Based on his experience in India, Dr. Gadgil knew that although the problem of disinfecting water was complex, the solution needed to be simple and inexpensive. The treatment had to be quick, so it needed a fairly high flow rate. The maintenance had to be easy and low cost so even the poorest communities could use the device.

The ability of UV light to kill bacteria and viruses has been known to scientists since the early 1900s. However, UV technology was traditionally rather expensive, and only recently has it become affordable enough for disinfection on a large scale. 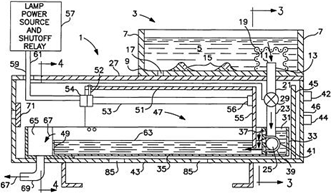 Dr. Gadgil thought that UV technology might have the potential to be used for his desired water treatment device. He observed that others who tried to develop a device using an immersed UV-generating lamp did not succeed, because of frequent lamp fouling, and complexity and cost of maintenance. Suspending the lamp above the surface of the water a novel elegant solution and attaching an aluminum reflector above the hanging light directed back the light that would otherwise be lost. As simple as it may appear, the development of the UVW took quite a number of trial-and-error processes, required working through the hydrodynamics and radiometry of the UV light, and laboratory testing with water seeded with E. Coli at different levels of turbidity. It took a couple of years in all..

The device developed by Dr. Gadgil can treat approximately 15 liters of water a minute. Each unit can deliver safe drinking water for a village of 2,000 for under US$2 per person per year, including amortized capital costs.

At the beginning, obtaining funding for the research project on UVW was quite difficult. However, Dr. Gadgil did not give up, and after some efforts he received funding from a project manager  in the United States Agency for International Development (USAID) as well as seed funding from a couple of private foundations. Later on, field testing was supported by the United States Department of Energy. Direct expenses were covered through this funding. On the other hand, funding for salaries was much harder to come by. So he mostly worked on his own time (evening and weekends), with lots of help from volunteer students and volunteer scientific colleagues, and used the funds for supporting students and for hardware.

Initially Dr. Gadgil considered putting up his design on the internet for all to use freely, but his employer, the University of California/ Lawrence Berkeley National Lab (UC/LBNL) thought differently. LBNL’s Technology Transfer Department (licensing and patent officers) convinced him of the advantages of patenting. He realized that even in the case that he does not want to benefit from his invention, patenting would protect against badly manufactured copies which would not be as functional as the genuine ones.

LBNL’s patent attorneys also informed him about Patent Cooperation Treaty (PCT) system to protect the invention abroad. Following this guidance, the UVW PCT application was filed. In accordance with the conditions of Dr. Gadgil’s employment contract, UC/LBNL owns the patent rights of the UVW. The invention is protected in many countries including the United States  and the member countries of the European Patent Office.

Subsequently, Dr. Gadgil has filed international patent applications for a number other inventions. 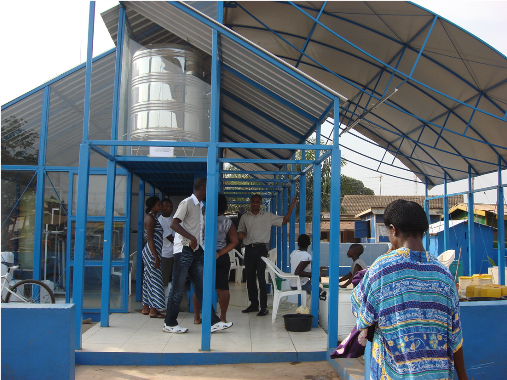 Ingenious simplicity: using light to clean drinking water in developing countries. The image shows a new,modular model of a community water center in a village near Acra, Ghana.

The performance and feasibility for practical use of the UVW system prompted about a dozen companies to approach UC/LBNL, each asking for an exclusive license. Following due processes for entering into contracts, UC/LBNL’s Technology Transfer Office selected WaterHealth International (WHI), a United States company working on the provision of safe drinking water, as the licensee for the UVW system.

Hundreds of UVW systems are now being used around the world in some 15 countries including India, Mexico, and the Philippines. The systems developed by WHI are modular so they can be used in different ways, for example, as community water systems in remote villages; as water refilling stores, owned and operated by local entrepreneurs in urban centers; or as household systems, which can also provide water for hospitals or schools.

WHI is also making available, on a cost-recovery basis, UVW systems for tsunami relief. The emergency relief units costs US$10,000 and include UVW, tanks and pumps, multiple filters, electronic level indicators and electrical controls, shipping, installation, commissioning, training of local community, and parts and maintenance for five years. The invention has brought Dr. Gadgil numerous awards since developing the original technology in 1996. He received the 2004 Health Award from the Tech Museum of Innovation, California. In 2006, the Museum of Science and Industry in Chicago included Dr. Gadgil among 40 eminent artists and scientists whose work embodies the spirit and creativity of Leonardo da Vinci.

Success Based on a Bold Initiative and Business through IP Protection

Dr. Gadgil’s research success was based on his courage to dream about an innovation with high aims. At the same time, together with UC/ LBNL, he has been able to turn the invention into a good business through the protection of its IP.