This iconic Olympic symbol enjoys special protection under
the Nairobi Treaty on the Protection of the Olympic Symbol.
States that have signed up to the Treaty are obliged to refuse
or invalidate the registration as a mark and to prohibit the
use for commercial purposes of any sign consisting of or
containing the Olympic symbol, except with the
IOC ’s authorization.

In the run-up to the London Olympic Games which will get under way on July 27, 2012, this third article in the WIPO Magazine IP and Sport series explores how the International Olympic Committee (IOC) protects the visual symbols of the Olympic Games, the so-called Olympic properties, that are so familiar.

Olympism is a philosophy of life that places sport at the service of humankind. The Olympic Movement encompasses concerted, organized, universal and permanent action, carried out by many individuals and entities who are inspired by the values of Olympism under the overall umbrella of the IOC. It brings together athletes from across the globe for one of the world’s most well-known and celebrated sporting, cultural and entertainment events - the Olympic Games.

Because of their honored place on the world stage, it is essential that the IOC protect its Olympic properties at the international level. The IOC benefits from special legal means to do this, but it also relies on ordinary means of trademark protection.

The Olympic Charter is the codification of the Fundamental Principles of Olympism, Rules and Bye-Laws adopted by the IOC. According to Rule 7 of the Charter, the Olympic properties include the Olympic symbol as well as the Olympic flag, motto, anthem, identifiers (such as “Olympic Games” and “Games of the Olympiad”), designations, emblems, the Olympic flame and torches.

All rights to any and all Olympic properties belong exclusively to the IOC, including rights to their use such as in relation to profit-making, commercial or advertising purposes.

The official logo of the 2012 Summer
Olympic Games is registered under
WIPO’s Madrid System for the
International Registration of Marks.

The IOC and the organizations that make up the Olympic Movement are entirely privately funded.

Support from the business community is crucial to the holding of the Olympic Games, one of the most effective international marketing platforms in the world, reaching billions of people in more than 200 countries and territories across the globe. The IOC distributes more than 90 percent of its revenues to organizations throughout the Olympic Movement to support the staging of the Olympic Games and to promote the development of sport worldwide.

The IOC’s worldwide sponsorship program, The Olympic Partner (TOP) Programme, was established to enable long-term corporate partnerships of benefit to the Olympic Movement. The TOP Programme provides each worldwide partner with exclusive global marketing rights and opportunities within a designated product or service category.

Consequently, the IOC must be able to protect the exclusivity granted to its broadcast and marketing partners, and therefore needs to have the necessary means to prevent third parties from making any unauthorized association with the Olympic Games.

In relation to the London 2012 Olympic Games, the UK Parliament has adopted the London Olympic and Paralympic Act. This legislation extends legal protection to all properties associated with the London 2012 Olympic and Paralympic Games. Moreover, it forbids any entity from associating itself, or its products or services, with the Olympic Games to gain a commercial advantage, unless expressly authorized to do so by the London 2012 Organising Committee (LOCOG). The law also provides local authorities and LOCOG with the means to fight ambush marketing efficiently, and to prevent the unauthorized sale of Olympic tickets and other ambush marketing activities at an Olympic venue or in the air space surrounding it.

The IOC also benefits from an exceptional international legal instrument that protects the Olympic symbol. Adopted in 1981 and administered by WIPO, the Nairobi Treaty on the Protection of the Olympic Symbol obliges each state that has ratified it to refuse or invalidate the registration as a mark and to prohibit the use for commercial purposes of any sign consisting of or containing the Olympic symbol, except with the IOC’s authorization. 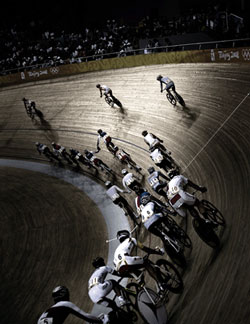 The IOC is the worldwide owner of numerous trademarks protecting its Olympic properties. While this might seem logical, the IOC had to wait some 100 years before it could register trademarks in its own name. Prior to 1993, numerous national trademark laws (including in Switzerland, where the IOC is based) reserved the right to register trademarks only for commercial companies. As a non-profit association, the IOC had to wait for the harmonization of European law and the modification of Swiss law such that any entity could register a trademark in its name.

In the routine management of its intellectual property (IP) rights, the IOC encounters certain challenges, some of which are described below.

Internet and social media platforms are fantastic opportunities to engage new audiences, especially the young. The IOC is embracing this opportunity and has a presence on several major social media platforms. However, from an IP point of view, it is important for the IOC, like other trademark owners, to control the use of its properties on such platforms, in particular in relation to the numerous possibilities for third parties to make unauthorized use of Olympic properties.

The IOC works closely with social media platforms to prevent unauthorized use of its properties. It also closely follows the Internet Corporation for Assigned Names and Numbers (ICANN) project, opening the door to new extensions of top level domain names, in order to protect its Olympic properties on the Internet.

The London Olympic
Torch designed by
Barber Osgerby.
The gold-colored torch
is perforated by 8,000
circles representing the
8,000 torchbearers who
will carry it on its 70-day
relay around the UK.
(Photo: IOC)

Some companies that are not official partners try to associate themselves with the unique and worldwide character of the Olympic Games free of charge. This is unfair vis-à-vis companies that financially support the Olympic Games as well as to the participating athletes. The creativity of these ambushers makes it necessary to adopt specific national legislation to prevent ambush marketing. However, as these laws are in force only in the host territory, the IOC must invoke, in other territories, ordinary legal means to fight ambush marketing, such as trademark registration or unfair competition. However, these sometimes do not go as far as the IOC would like.

Protection of the City+Year word mark

To prevent such abuses in the future, the IOC subsequently took steps to protect the City+Year identifiers, well before a city is selected to host an edition of the Olympic Games.

Some court decisions, however, have called into question the distinctive character of a trademark composed of a city and a year. The distinctive character of a mark acquired after its lengthy use is a known remedy for an initial potential lack of distinctiveness. However, numerous trademark offices around the world accept that, in the specific case of the Olympic Games, and given the exceptional worldwide interest in, and media coverage of, a city’s election by the IOC, distinctiveness is acquired the moment the result is announced. It is widely recognized that the “City+Year” identification of the Olympic Games immediately gains considerable notoriety and continues to increase in attractiveness and distinctiveness, peaking during the actual holding of the Olympic Games.

The Olympic Games are one of the most well-known sporting events in the world. Protecting the Olympic properties is, therefore, very important. The IOC benefits from a privileged situation thanks to the existence of the Nairobi Treaty, as well as national legislation to protect the Olympic properties and combat ambush marketing in certain territories. However, ordinary legal protection, such as trademark protection, remains essential. Like many other trademark owners, including sports governing bodies, the IOC faces a number of new challenges in managing its IP, in particular in relation to social media platforms.

While the IOC considers the advent of social media an opportunity for sports bodies to engage new generations of fans and participants, it must face the new challenges they pose in terms of managing the Olympic properties. Close collaboration with the providers of these services, will undoubtedly go a long way in mitigating this risk. Judicious management of the Olympic properties will help ensure that people of all ages and from all continents can continue to take part in the spectacle and celebrate the values that underpin the Olympic Games for generations to come.