The Republic of Korea is adopting WIPO’s ground-breaking “artificial intelligence”-based translation tool for patent documents, making it the first member state to use WIPO Translate in an important advancement for the use of machine learning in the technology-heavy patent sector. 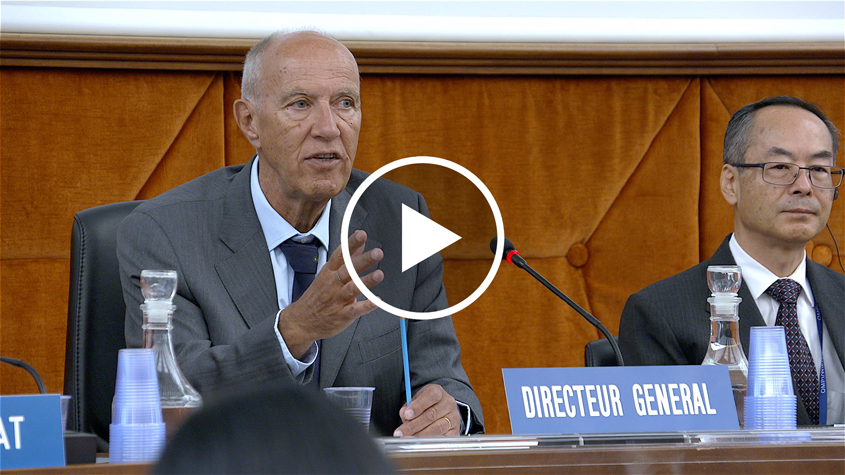 WIPO has “trained” the new technology to translate all patent documents in one of the official languages of the PCT (Arabic, Chinese, French, German, Japanese, Korean, Portuguese, Russian and Spanish) into English and vice-versa.

The Korean Intellectual Property Office (KIPO) and WIPO signed a memorandum of understanding on the sidelines of the May 23-25 “Meeting of Intellectual Property Offices on ICT Strategies and Artificial Intelligence for IP Administration.” Under the agreement, KIPO will begin integrating WIPO Translate into its own patent filing and examination processes.  This makes the Republic of Korea the first of WIPO’s 191 member states to implement WIPO Translate under a program designed to help IP offices around the world use the latest technologies.

“KIPO’s adoption of WIPO Translate underlines the importance of this industry leading tool, which promotes the widespread dissemination of the knowledge contained in highly technical patent documents,” said WIPO Director General Francis Gurry.  “The WIPO Secretariat is pleased to have developed this high-quality, artificial intelligence-based translation program and is sharing it as widely as possible to benefit innovators and IP offices around the world,” he added.

“KIPO is very pleased to be adding WIPO Translate, as we have found that this artificial intelligence-based language tool leads to a higher quality of translation for patent documents,” said Mr. Han Gyudong, Director, Information Management Division, KIPO, who is attending the Geneva meeting.

WIPO Translate is trained exclusively with huge amounts of patent texts and includes a “domain-aware-technique” that translates according to the specificity of the invention. The tool internally integrates 32 technical domains taken from the International Patent Classification. This allows the system to eliminate ambiguity in the translation process.  The technology takes into consideration the specific domain when translating a particular sentence thereby yielding more accurate translations.  This is unique in the world of patent translations.

Neural machine translation is an emerging technology. It is based on huge neural network models that “learn” from previously translated sentences. The specificity of neural machine translation (compared to previous “phrase based” statistical methods) is that it produces more natural word order, with particular improvements seen in so-called distant language pairs, like, Korean-English, Japanese-English or Chinese-English. Even languages that are considered closer (like English-French) benefit from this new technology which results in better quality translations.

To develop WIPO Translate, WIPO created its own software, based on open-source software and libraries and capitalized on in-house expertise in handling large datasets.

WIPO has also made WIPO Translate technology available to a number of international organizations including the United Nations Secretariat, several specialized agencies of the UN and the World Trade Organization.

The PATENTSCOPE database provides access to international Patent Cooperation Treaty (PCT) applications in full text format on the day of publication, as well as to patent documents of participating national and regional patent offices.  The information may be searched by entering keywords, names of applicants, international patent classification and many other search criteria in multiple languages. The database contains some 70 million records.