In 1985, Roni Lieberman, a university student studying for an engineering degree at one of Uruguay’s most important universities, successfully developed a software program to handle the accounting and management needs of a classmate’s family business.

One year later, armed with an engineering degree and a few thousand dollars, he decided to commercialize his product and start his own business. He founded “Memory Computación”, a Montevideo-based software company specializing in management and accountancy software for small and medium-sized enterprises (SMEs). 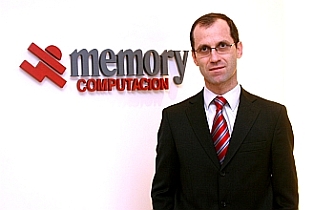 As soon as its products had gained a solid foothold in the Uruguayan market, Memory Computación began exploring the Chilean and Argentinean markets, looking for distributors with technical skills to facilitate product support and integration (value added resellers). However, due to the competitive environment and a lack of reputation in these markets, sales grew slowly.

The opening of commercial offices in Santiago de Chile and Buenos Aires caused foreign sales to increase somewhat, but they still fell short of Memory Computación’s expectations. Business obstacles included different accountancy codes and norms in each country, lack of knowledge of the local markets, difficulties in penetrating these markets without a relationship network, and a lack of structure and resources (human and capital) to take advantage of business opportunities arising in other geographical areas.

Thus, in the early 2000s, company executives decided to upgrade their products in order to take into account country specificities (legal and tax systems, idiosyncrasies, etc.), basing their programs on common modules and country-specific components. Simultaneously, a new commercial strategy was defined in order to overcome the business obstacles Memory Computación faced in foreign markets. A franchise model was selected, with Memory Computación transferring its know-how to franchisees and franchisees contributing capital and knowledge of the local market.

“There was a moment when we realized that what we needed to do was to combine the best elements of our previous experiences: reproduce our business model, but at the same time rely on a local partner that knows the market and that brings in his/her knowledge and network of contacts”, recalls Mr. Lieberman, CEO of Memory Computación.

In this commercial relationship, Memory Computación grants the franchise holder the right to use its business idea in accordance with his/her own concept and approach. The franchisee is entitled to use the trade name, trademarks and service marks, know-how and other intellectual property (IP) rights which the franchisor possesses, in exchange for economic compensation, agreed within the legal framework of a written contract and signed by both parties.

The development of Memory Computación’s software involves a team effort which combines the creative ideas and talents of engineers, management and administration experts, and graphic designers. The software is protected by copyright laws.

Each copy of the Memory Software includes a license for use, which states that the software is duly protected by copyright laws and prohibits its full or partial reproduction for any purpose other than backing it up.

Memory Computación has taken a conscious and proactive approach, and has duly registered its software in the different countries in which it operates.

Nevertheless, as it is aware that IP infringements and, in particular, software piracy continue to be very high in the regions where it operates, Memory Computación has defined a parallel strategy to protect its products.

On the one hand, it has incorporated in its software a series of technological protection measures to prevent or at least discourage illegal copying of its software. On the other hand, the company has focused on the quality of its after-sales service and permanent innovation in new versions of its products which are delivered directly to legitimate clients, so that those clients prefer to use and see value in using legal rather than pirated software.

Memory Computación has established itself as an enterprise synonymous with technological solutions for SMEs, an objective achieved by keeping the promises it makes to customers.

The value of the “Memory Computación” trademark is closely related to the prestige it has acquired by consistently meeting consumer expectations for its products and services.

The company has registered its trademarks in each of the countries in which it operates and this has allowed it to protect itself in legal terms, in specific situations in which it has had to defend its rights.

Memory Computación has received numerous awards and prizes in recognition of its successful business model. It received the “El Genio” (The Genius) innovation prize awarded by the “ProSMEs network”, as well as the “Uruguay United Exporters’ prize” rewarding the most innovative exporter in Uruguay.

The National Quality Assessment Committee honored the company in a television tribute and its product “Memory Magus” was presented with the distinguished Guía Award, as the best Uruguayan software. The Endeavor Foundation selected Memory Computación from among 500 enterprises in Argentina, Brazil, Chile and Uruguay as an example of successful entrepreneurship in the region.

With dominant market share and more than 50,000 enterprises using Memory software directly or indirectly, Memory Computación represents the de facto standard in the Uruguayan and Latin American markets for the administrative, commercial and accounting requirements of SMEs. Clients include the Uruguayan Public Health Ministry, Unilever, the Montevideo stock exchange and Tenfield broadcasting corporation.

In addition to its headquarters and research and development center in Uruguay, the company has offices in Argentina, Chile, Ecuador, Guatemala, Peru, as well as a network of distribution franchisees throughout Latin America.

In 2007, Memory Computación raised venture capital from the Uruguayan risk capital fund for SMEs (UIVC-1, administered by Prospéritas Capital Partners) in order to accelerate its growth. With its products demanded in virtually all Latin American countries, Memory Computación plans to expand further: “We have a very aggressive business plan – we are developing a strategy to be present in 30 cities all over Latin America, because clearly there is an opportunity in each of these 30 cities to reach local owners of small businesses and help them become more competitive in their management through technology”, says Mr. Lieberman.

The Importance of an IP Strategy

Innovators are those who create things in places where others have never seen any possibility of doing so. Memory Computación was founded with little capital, a creative idea and a vision. It has based itself on its constant innovation in achieving and maintaining its current leadership position. An appropriate IP strategy has been key to achieve this success and it will be vital in the forthcoming stages of consolidation and growth.