Reimaging a Brand for a New Generation of Consumers 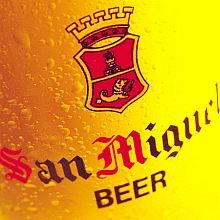 San Miguel Corporation (San Miguel) was founded in 1890 and is one of the Philippines’ most diversified conglomerates, with a workforce of over 15,000 generating close to three percent of the country’s gross national product. The company is perhaps best known for San Miguel Beer, its flagship product, which is among the top ten beer brands in the world. While brewing is in its heritage, San Miguel’s successful brand development has allowed it to diversify to produce a wide range of popular beverage and food products which have catered to customers for over a century. The company is also involved in other industries such as energy, mining and telecommunications.

One of San Miguel’s better known brands is Magnolia, its dairy product subsidiary. From its start in 1925, Magnolia branded ice cream was one of the most recognizable and enduring brands in the Philippines and is the oldest Asian ice cream. However, with more choices for consumers and international competition, sales of Magnolia ice cream stagnated in the 1990s. Due to corporate restructuring in 1996, San Miguel sold its stake in Nestlé Philippines Inc., a joint-venture with Nestlé S.A. of Switzerland. Under the agreement of the sale, the company decided to cede its milk and ice cream business to Nestlé, and from 1998 onwards a non-compete clause barred San Miguel from selling ice cream under any brand for five years. Although San Miguel kept the rights to the Magnolia ice cream brand, all Magnolia ice cream products had to be pulled from the shelves.

After the expiration of the non-compete clause, San Miguel decided to re-enter the ice cream business. Drawing on its long and successful experience in brand development, in 2004 the company formed Magnolia Ice Cream (MIC), a branch of its Magnolia subsidiary, to reintroduce the once leading ice cream brand to a changed market and a new generation of consumers.

While the popularity of Magnolia ice cream declined throughout the 1990s, other Magnolia products enjoyed continued growth. Sales of Magnolia branded butter, margarine, cheese and other dairy products ensured that the Magnolia brand stayed in public view. Magnolia margarine in particular kept up its popularity, and as of 2009 San Miguel could claim ninety percent of the market for non-refrigerated margarines and eighty percent of the market for refrigerated ones. This gave San Miguel a competitive advantage, as the Magnolia brand was still strong and never far from consumers.

Reentering the ice cream market in the Philippines would have been prohibitively expensive and difficult if it were not for the strong brand recognition of Magnolia products, which was fostered by San Miguel’s emphasis on creating strong brands. Magnolia was the leading ice cream for decades in the Philippines and a part of most parents’ childhood memories. As San Miguel CEO Eduardo Cojuangco pointed out, “Magnolia ice cream never left the market. People have always known Magnolia as a quality brand of ice cream. Loyalty to the brand is strong because it is part of our heritage.” Mr. Mayo Alcon, general manager of MIC, points out how San Miguel can use its brand recognition to reach new consumers: “Today’s young generation of Filipinos has no experience with Magnolia. It’s their parents that know us. We had to draw from the brand’s heritage as the expert and pioneer in the dairy industry and be able to connect this to the youth of today.”

Despite the iconic status Magnolia ice cream enjoyed, at the time of the re-launch the primary consumers of ice cream – children and teenagers – were mostly unfamiliar with the Magnolia brand. The market was very different and years of stagnating sales prior to Magnolia being pulled had taken a toll. San Miguel knew that it could not solely rely on the strength of the Magnolia name for success. Using the brand as a foundation, the company essentially had to start from scratch and followed a strategy of growing slowly while regaining expertise in the ice cream industry. Focusing on product quality and innovation, San Miguel used advertising and customer promotions to reinforce the quality of Magnolia ice cream. Special care was taken to appeal to adults, who generally had fond memories of the brand and would buy it for their children. The company also restarted its Magnolia ice cream parlor business to bring traditional and local ice cream concoctions to a new generation of consumers. Drawing on the brand’s heritage, the company was able to use it as a tool to connect with the youth of today.

The Magnolia brand is an example of San Miguel’s overarching brand strategy: to establish the company (and its products) as a megabrand. To achieve this, the company first creates a strong national brand with wide recognition. Then it builds on this strength and the company’s wide distribution network to increase its presence abroad, particularly in the Asia-Pacific region. San Miguel’s marketing teams advertise products such as Magnolia ice cream as uniquely Asian while tailoring them to local tastes. 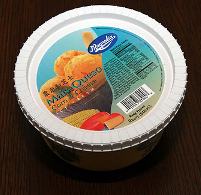 Packaging is an important factor in the success of a brand, and San Miguel was acutely aware of this when it brought back Magnolia ice cream. San Miguel kept the iconic blue Magnolia logo to appeal to parents who recognized it from their childhood, but changed the color to a more vibrant shade of blue to give it a more youthful appearance. The company also introduced modern packaging for Magnolia ice cream, being the first in the domestic ice cream industry to use in-mold labeling, a popular method for decorating packaging that is usually reserved for the electronics and computer industries. Modern Magnolia ice cream packages are scratchproof and come in vibrant colors with a textured finish, further modernizing the product and appealing to a new generation of consumers. They also feature a see through window and are equipped with a tamper-proof safety tab.

One important part that is linked to the success of Magnolia ice cream is cultural: ice cream is eaten differently in the Philippines than it is on other parts of Asia. Filipinos traditionally eat ice cream with family and friends, sharing the same tub with each other. This means that ice cream sold in larger quantities tend to be a bigger hit than small packages or frozen novelties such as popsicles (which only make up ten percent of the ice cream market). To appeal to the Philippine market, Magnolia ice cream is therefore sold only in 1 and 1 ½ gallon tubs. San Miguel has also used its packaging to appeal to local communities, designing tubs featuring commissioned artwork from high school and college students and paintings of Fernando Amorsolo, a famous Filipino painter.

San Miguel’s massive distribution network and manufacturing capabilities have left few obstacles to the commercialization of the Magnolia brand of ice cream. After the initial re-launch, the company worked with Nestlé Philippines to use the same manufacturing facilities (owned by Nestlé but on land leased from San Miguel) to produce ice cream for both companies. After reestablishing the brand, San Miguel decided that it would go out on its own to better sustain Magnolia ice cream’s rebirth. In May 2010, a new Magnolia ice cream plant opened in Laguna with a production capacity of five million gallons per year. All Magnolia ice cream is now produced in the Laguna plant, with San Miguel selling and marketing the products through MIC and its Magnolia dairy subsidiary. 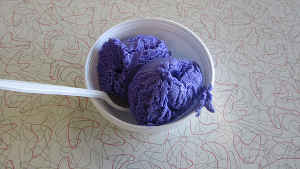 New product development is one of the centerpieces of Magnolia’s revived operations, and research and development (R&D) plays an important part in the success of the Magnolia ice cream brand. Tastes are continually changing, and MIC’s R&D department develops a minimum of five new ice cream flavors every year. The R&D department ensures that new flavors are high in quality but can be sold at lower prices, giving the company a competitive edge. Some flavors are seasonal, such as summer and Christmas limited edition flavors, while more popular ones may become a permanent part of the Magnolia ice cream line, such as its “No Sugar Added” line.

The new Laguna plant has also allowed the R&D department to expand the Magnolia portfolio with even more new ice cream formats and flavor combinations. In 2010, the company introduced two new ube (purple yam) flavored ice creams in collaboration with the Religious of the Good Shepherd based in Baguio city, with part of the proceeds going back to RGS to help them finance a scholarship program.

Branding as a Tool for Growth

The story of Magnolia ice cream’s resurgence shows just how powerful a strong brand name can be. When used successfully with IP protection and backed by strong R&D, it can help a company stay competitive, help introduce its products to a new generation and positively define its economic future.