Patients suffering head injuries and in need of surgical repair for skull fractures usually receive what is called a “burr hole,” a hole drilled into the skull to relieve pressure and prevent hemorrhage. After the initial danger has passed, they have few options to repair the burr hole and heal any other fractures. Harvesting bone from another part of the body (such as the hip) or using a titanium plate are the most common methods used by surgeons. However, these methods are not without problems. Finding suitable replacement bone can prove difficult and although titanium implants are readily available, they carry some risk of infection. Both options can also be prohibitively expensive. These problems are particularly acute in developing countries, where a lack of medical imaging equipment can result in a surgeon having to drill and plug multiple holes to find the right spot for pressure relief. In 1999, a team of six doctors and engineers from the National University Hospital (NUH) and the National University of Singapore (NUS) lead by Professor Teoh Swee Hin joined forces to create a tissue and organ regeneration technology to solve these problems.

In 2004, the team’s dream was realized: they developed an alternative plug made of a biodegradable plastic mesh which covers a fracture and provides a base for bone regeneration while safely absorbing into new tissue. Shortly thereafter, NUS set up Osteopore International Pte. Ltd. (Osteopore) as a spinoff company to market this breakthrough. Based out of Singapore, Osteopore is now a leading medical device company in its industry, and is involved in designing, developing and marketing bioabsorbable polymer implants for neurosurgical, orthopedic and facial surgical use. 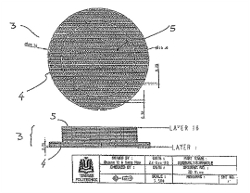 Recognizing the need for an affordable alternative implant, Professor Hin’s team came up with the idea of making a plug that would be strong enough to support new bone growth and at the same time slowly and safely absorb into tissue. Their innovation was to use a biocompatible polymer (polycaprolactone, or PCL) mesh that works with both hard and soft tissue, acting as a scaffold for bone to grow over burr holes. This scaffold is then absorbed into the regenerated tissue. Fashioned with this special mesh on a patient-by-patient basis, the plug is shaped like a flattened mushroom and allows a snug fit into burr holes. It requires no fixation by screws, unlike titanium plates, and its shape can be easily changed in the surgery room by simply using warm water.

An important part of the innovation is the mesh’s unique three-dimensional interconnecting porous matrix that allows it to be rapidly saturated with marrow, facilitate long cell life and easy flow of nutrients for bone growth and remodeling. The mesh is created through a unique imaging process that allows a plug to be engineered to the exact required shape without the use of a mould. This means that there is less risk of infection. In addition, the mesh can be easily cut to shape and is significantly cheaper than other options. Covering the burr hole, the mesh plug is slowly absorbed by the body and replaced with regenerated bone.

Early clinical trials of the plug proved successful, with a report in the February 2006 issue of the journal of the Congress of Neurological Surgeons describing new bone growth filling holes in the skull within twelve months without any complications. Subsequent trials followed patients for two years and yielded similar successes, with mesh plugs fusing seamlessly with surrounding tissue and producing no adverse side effects. The company’s choice of PCL in its mesh has played an important part in the success of its plug, and PCL’s positive attributes have been recognized through approval from the United States Food and Drug Administration for craniofacial (reconstructive skull, face and jaw surgery) applications. The mesh plug is marketed under the Osteoplug name.

Expanding on their initial success, Osteopore is actively exploring novel ways of utilizing its technology through research and development (R&D). The company’s R&D department followed up on its mesh plug by creating a larger bioabsorbable mesh that can be used to repair various types of cranial and facial fractures. Called “Osteomesh,” it is built on the same technology as the plug and allows for rapid saturation of blood and nutrients, thus providing the patient’s own cells with the chemical signals that are required to stimulate new bone growth. Osteomesh essentially provides the same benefits as the plug, but for larger fractures. New R&D projects based on the company’s mesh scaffold technology include special scaffolds to grow bone in the eye socket, around the spine, and in the knees.

In addition to researching new products, Osteopore offers customized R&D to hospitals and health care professionals. Some of its areas of customization include making mesh scaffolds of a unique shape and structure, with specific protein delivery properties, or for specific dimensions. An example of this customization is when the company used its technology to create a customized cranial implant for facial reconstruction for a victim of a serious auto accident. 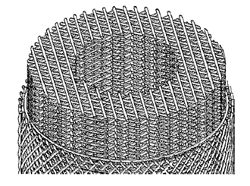 As Osteopore is a spin-off company, protecting its intellectual property (IP) is important to facilitating more R&D and innovative products. Therefore in 2004 the company filed a patent application with the Intellectual Property Office of Singapore (IPOS) for its bioabsorbable plug implants and method for bone tissue regeneration. That same year, the company filed an additional patent application under the Patent Cooperation Treaty (PCT) system for the same implants and method. In 2009, the company, along with NUS, filed another PCT application for its resorbable scaffolds for bone repair and long bone tissue engineering technology that is used in its Osteomesh product.

In 2009, the company also trademarks for its Osteopore company name and for its Osteoplug and Osteomesh product names with IPOS. Registering trademarks allows the company to build a strong brand, ensuring customers they are using a quality product that has been clinically tested and has a history of proven success.

The company was initially formed by NUS to exclusively market the innovative mesh plug. Following its success, the company now develops, manufactures and markets all products coming from its mesh scaffolding innovation. As of 2010, Osteoplug and Osteomesh are the company’s main products.

Tissue engineering is a dynamic research area that is set to revolutionize the biotech and healthcare industries. It has tremendous growth potential, with market size estimates reaching US$90 billion in 2010 and annual growth rates of between eight and twenty percent. Osteopore is at the forefront of R&D in this industry, and is poised to become a leader through its proprietary technology. Inquiries into its technology have come in from all over the world, and venture capitalists and investors have indicated an interest in having a stake in Osteopore’s expansion.

The company now has a full team of professionals with over twenty years of experience in its industry. This is a key strength, as the team understands the business development, marketing and regulatory issues surrounding the manufacturing of medical devices. Multiple applications of its products, new developments through R&D and quick regulatory approval are all key factors that will provide the company with many opportunities for growth.

IP-Backed Innovation for a Healthier Future

Repairing skull fractures has traditionally been an expensive, painful process filled with risks of unwanted side effects. Osteopore’s innovative technology significantly mitigates these risks, and provides the healthcare industry with a better and safer way to care for patients. It also has implications for developing countries, as its low cost will give patients in such countries a more reliable and safe option. IP protection of the company’s technology allows it to reap financial benefits from past technologies to continue investing in R&D and develop more innovations for the wellbeing of patients throughout the world.