An IP Strategy for Exports 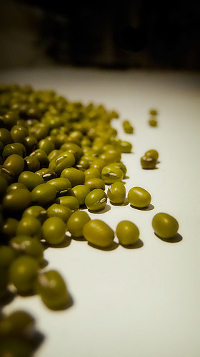 Founded with private capital in 1951 by a group of chemical sciences graduates, Síntesis Química S.A.I.C. (Síntesis) is devoted to manufacturing special chemicals and biological products for industrial and agricultural use. Its two state-of-the-art manufacturing facilities create a comprehensive range of agricultural, biological and wood treatment products. Síntesis strives to reach a leading position among Argentine chemical companies with the products it innovates and the technical support services it provides to its customers. The knowledge and experience Síntesis has acquired throughout its many years and its constant push for innovation has allowed it to achieve a prestigious position in the agricultural chemical industry at home and abroad.

Síntesis is always conducting research and development (R&D) to innovate formulas and processes for new products in its target industries. It is also constantly improving its existing products, and has world-class, professional R&D staff in the chemical and biological fields, as well as a team of professionals trained in trade development to detect and analyze new opportunities and provide technical support to customers. Síntesis also maintains cooperating R&D relationships with domestic and foreign universities and R&D centers.

In line with its search to stay competitive through the development of innovative products, Síntesis received a loan in 2002 from the Argentine Technological Fund (FONTAR) for R&D related to the pre-inoculation of soya seeds.

In the early 1990s, Síntesis recognized that exporting was essential to their future expansion goals. To achieve these goals, Síntesis developed an export strategy focusing on gaining economies of scale. This strategy held that as Síntesis’ international sales increased, the cost of producing, marketing and transporting its products would decrease because the investment made would be spread over a larger number of products sold. This cost reduction meant that the cost of producing an individual product would be less than the average unit cost, which would then translate into an increase in turnover. With this strategy in hand, Síntesis embarked on its journey of expansion into international markets.

Given their innovative products, the management of Síntesis knew that their export strategy would have to be combined with strong intellectual property (IP) management. Protecting their IP domestically and in the markets for which its products were headed was clearly of vital importance for its success.

Síntesis’ IP management strategy is to first ensure domestic patenting of its products that will be sold in international markets. After the domestic patent application, it finds a local distributor to market its products in the target country. Síntesis does this because it does not have the resources to directly market its products internationally, and therefore if a distributor cannot be secured a patent may not be necessary. After contracting a distributor, it then files a patent application in the target markets. The distributor is then responsible for following up on matters related to securing and maintaining IP rights.

Protecting its intellectual property in international markets has given Síntesis the opportunity to grow significantly, with over thirty percent of its USD$20 million annual revenue coming from its exports. Síntesis is a true Argentine small and medium enterprise (SME) success story. It is now one of the leading Argentine agricultural and biological chemical companies, providing services to many domestic and global agricultural formulation companies.

This rapid growth and strong distribution network in Latin America made Síntesis very attractive to investors. In 2007 it was acquired by and became a wholly owned subsidiary of Punjab Chemicals, a leading international agricultural chemical company based in India. Síntesis still exists and continues to market its products with the support and global reach of Punjab Chemicals. This has allowed Síntesis to export in markets throughout Latin America, North America, Europe and Asia.

As a result of its R&D innovations, Síntesis won the 1998 Banco Frances Techno Competition and the 2002 Funprecit Foundation Prize for “Recognition of Industrial Enterprise in Technological Innovation”.

Growth through a Strong IP Strategy

Though Síntesis is an SME, its recognition of the need for IP protection in export markets has boosted its business, transforming it into a company of over 200 employees with global reach. The success of its strategy was more than evident to Punjab Chemicals, and becoming their subsidiary has given Síntesis even greater resources to continue creating innovative products and expand in more international markets. Basing its export strategy on its IP strategy, Síntesis has been able to realize its goals and become a major player in its industry.