Commitment to Quality Leading toward the Creation of a Brand Name 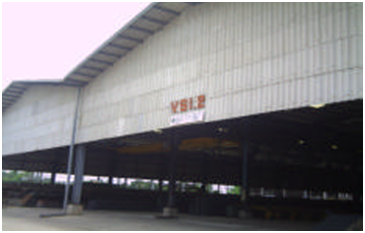 Thanks to VSI, steel industry is one of the most important economic sectors of Lao PDR (Source: WIPO-ASEAN/IP/BKK/06/DRAFT)

Established in 1994, Vientiane Steel Industry Co., Ltd. (VSI) is the oldest steel mill in Lao PDR (Laos). The origin of the company lies with the Lao government’s attempts to promote industrialization under the New Economic Mechanism (NEM) – an initiative started in 1986 to transform the Lao economy from central planning to a market-oriented one.

The construction of the first factory of Vientiane Steel began in 1996 and went into production by the end of 1997. Located near the Mekong River in the south of Vientiane, the steel plant covers an area of about 125,000 square meters with an annual production capacity of 40,000 tons. Initially VSI’s production was limited to deformed and round steel bars made from imported raw material from Russia, India, Japan and Thailand. Within a few years, VSI took initiative to diversify its product line to include additional construction materials and equipment. In 1999, two new production plants were established – for manufacturing “forming steel” (a kind of high tensile strength steel), and for roofing tiles, with production capacities of 40,000 tons and 250,000 pieces per annum, respectively. The expansion of VSI led the company to combine all the segments of its business by forming the VSI Group in 2002. The next year, VSI established another steel bar producing factory with a yearly output of 110,000 tons. At the same time, an iron foundry was installed for processing domestically-used steel, thereby reducing the need for importing raw material from abroad. VSI remains one of the most successful companies resulting from the NEM.

Vientiane Steel was established as a joint-venture scheme with investors from Laos, Thailand and Hong Kong. The foreign partners each hold a 30 percent share, while the Laotian partners retain 40 percent and are in charge of the management and operation of the company. The scheme was supported and promoted by the Foreign Investment Management Committee (FIMC, now known as the Department of Domestic and Foreign Investment). 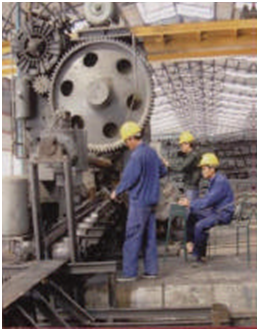 Workers inside the factory (Source: WIPO-ASEAN/IP/BKK/06/DRAFT)

Until recently, VSI has focused more on ensuring quality production than on managing its intellectual property (IP). The authorities of the industry, however, do recognize the importance of protecting IP, and the staff members of VSI participate at national seminars organized by the Lao Department of Intellectual Property, Standardization and Metrology (DISM). Indeed the “VSI” acronym was registered nationally soon after the company was formed. The VSI mark is embedded in every steel product from the industry. The tiles produced by the VSI Group bear the “Lao Tile VTP Twin Elephants”, which is registered with the Lao Division of Intellectual Property (DIP). An additional trademark – “VSP” – is being considered for the steel bars. No international applications have yet been made, although it is planned the future.

The VSI trademark has become a successful brand name in the domestic market. The VSI engraving on its products significantly contributed to the company’s sales. VSI steel products are reputed for their quality and also enjoy certain price advantages over imported products. Consequently, consumers looking to buy steel seek the VSI mark to ensure that they are purchasing a trustworthy product.

In Laos there is a large domestic market with demand for good quality construction materials and equipment. Previously, local demands were met through imports as there were no steel mills in the country. When VSI was established, it set its target to satisfy local consumption needs first. The company’s sales meet as much as 60 percent of the local demand. The success of the VSI brand for steel products suggests that the trademark for the tiles can also be popularized. Unlike the steel products, of the quality of the tiles are not as good as the imported ones from other countries (Thailand, for example), but still they are popular among middle and low-income communities because they are cheaper than imported ones.

The overall production of steel in Laos exceeds domestic demands. Although there are plans for exporting steel in the long term, it is not feasible at the moment. “We have to create good domestic competition to improve the quality before we can achieve exports…Transportation is also expensive. We have to pay for the transportation of raw materials imported from other countries, and after we produce the steel bars we have to pay for export. If we do this now we will probably make a loss,” said Mr. Phisith Sayathith, the vice president of VSI.

Although there were only three steel mills in Laos in 1997, by the mid-2000s the number increased to as many as twenty. With the exception of VSI, none of the factories market their products under any trademark. The management at VSI is considering the possibility of licensing agreements with other steel mills. Under such contracts, the VSI trademark may be licensed or assigned to other mills. 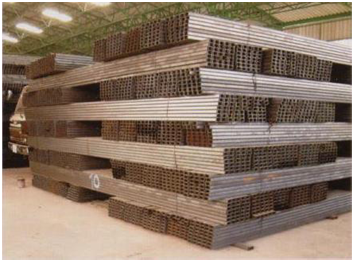 Since its establishment, VSI has continued to increase its production, expand and modernize its manufacturing plants and diversify its product lines. The development effort of the company is reflected by the establishment of the iron foundry, which was done entirely through local initiatives without any foreign financial or technical assistance. At the same time, the company has successfully maintained the quality of its products; VSI is the only steel company in Laos that produces A-grade steel. Consequently, important construction projects such as government offices, universities, and big hotels always seek to use VSI products. In 2002, VSI was awarded the National Standard Certification from the DISM for its products and in 2007 VSI secured the ISO-9001 certification.  Over the years, VSI has become one of the key economic development sectors in Laos.

Commitment to Quality Leading toward the Creation of a Brand Name

A strong commitment to quality, which eventually established VSI as a trusted brand name, has been the most important factor for the success of the company. It is due to this commitment and a well-recognized and protected brand that VSI has been able to maintain its competitive edge even though there are many steel manufacturers now in Laos.