Intellectual Property and R&D: A Path to Success 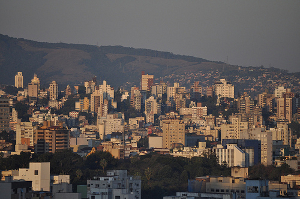 Founded in 1999 by Fernando Kreutz, a medical doctor with a Ph.D. in biotechnology, FK Biotecnologia S.A. (FKB) has spearheaded the development of immunological tests in Brazil. FKB was established in the Foundation for Science and Technology (CIENTEC), a technology incubator linked to the Department of Science and Technology of the state of Rio Grande do Sul in southern Brazil, and became the first Brazilian biotechnology firm to receive venture capital for the development of its innovative technologies. Since then, FKB has grown at a steady pace and is considered a pioneering example of a successful biotech start-up in Brazil. FKB’s goal is to research, develop, manufacture and market biotechnology products, specifically focusing on immunodiagnostic kits and anticancer vaccines

Research and development (R&D) is at the heart of FKB’s innovation, and one of the pillars of its technology is its research into the large scale production and purification of monoclonal antibodies and immunodiagnostics. Its know-how and technological expertise in these areas has given it an edge in the international market, providing various R&D services in biotechnology.

However, its most important technological development has been in the field of vaccines for cancer. FKB has developed a new and experimental vaccine composed of cancer cells, which act as medical treatment as they are capable of stimulating the immunological system to fight cancer. While Dr. Kreutz says that the treatment is experimental and believes that commercialization is still some time in the future, it is currently undergoing preclinical studies for therapeutic and diagnostic applications.

Beyond traditional research methods, FKB utilizes information from patent databases to fill the knowledge gap that it feels many other research institutions are missing. "I am very surprised with the amount of knowledge I am getting from patent documents" Fernando Kreutz points out. "Knowing the legislation and regulations has been a differential for my company. Access to the information has been my biggest problem, but with the Internet things have become easier." FKB relies significantly on patent information for identifying new technologies, niche markets and potential licensors from which to acquire leading technologies.

For a biotechnology company such as FKB, patent protection has been an important element of their success. The new cancer vaccine that FKB developed has been the object of an international patent application under the Patent Cooperation Treaty (PCT). FKB believes that patent application has played a crucial role in motivating investors, governmental entities and venture capitalists to invest in FKB, and the exclusive rights granted by patents has been the basis for more investment in the development of the new vaccine and other technologies.

FKB has invested in registering its trademarks FK-Biotecnologia® and Bioprospecta® and considers them a small but important investment, crucial for the development of the company's marketing strategy.

In May 2001, FKB received authorization from the Health Ministry to begin the commercialization of its immunodiagnostics kits. Marketing its products at extremely competitive prices, FKB’s technology penetrated a market estimated to amount to US$1 billion. New technologies continue to be commercialized, the latest of which is FKB’s new self-pregnancy test, which received the endorsement of the National Sanitary Surveillance Agency and went into production in the first half of 2010. Growing through successes such as this, FKB’s product line currently comprises of over seventy items.

Though FKB’s enterprise is high-risk to an extent, promising results from its R&D and clinical trials have brought in significant investment, attracting R$625,000 in venture capital. The principal investor in FKB is Companhia Riograndense de Participações (CRP), a private venture capital and equity fund which includes investors such as the Inter-American Development Bank, BNDESPAR (the holding company for the Brazilian National Bank for Economic and Social Development), SEBRAE (the Service for Brazilian Small Businesses and Enterprises), and other private investors. CRP manages three major funds targeting investments in the technological field and FKB is an example of a successful CRP investment.

In addition, FKB has received investment from an unnamed Canadian venture capital investor and has received the support of the Venture Capital Innovation Project, an organization fostering venture capital activity in Brazil to encourage the empowerment of emerging Brazilian entrepreneurs and technology companies.

FKB works through a cooperation agreement with the Federal University of Rio Grande do Sul, which allows FKB to utilize the university’s R&D facilities, laboratories and other infrastructure. Moreover, FKB is supported by CIENTEC and has international partners in North America and Europe. One such partnership happened in 2008, when FKB established a joint venture with the Canadian company SpectraDigital to develop new diagnostic technology for AIDS patients.

Since its founding, FKB has used its innovative and talented R&D department to successfully create and market new biotechnologies in Brazil. Its unique use of conventional R&D and the smart utilization of patent databases has given FKB the knowledge to identify where new technologies can be used, attract investment and develop products for niche and emerging markets. Expanding on their success of revolutionizing the industry of immunodiagnostic kits, FKB’s line of cutting-edge products now includes proprietary technology in immunodiagnostics, biosensors, nanotechnology, recombinant proteins, bioinsecticides, monoclonal antibodies and the innovative anti-cancer autologous vaccine. This has transformed FKB into a leading biotechnology firm in Brazil.

Growth through Creative R&D and IP

The success of FKB is inexplicably linked to its creative use of R&D and IP. Its innovative technologies and smart use of patent information in its R&D have fostered investor confidence, giving FKB the resources to commercialize their products, carry out further R&D and become a major player in the industry. Not content to rest on their past successes, FKB has filled a knowledge gap through their use of patent databases in R&D, which has given them an edge on their competitors in bringing new technologies to the market. On its path to success, smart use of intellectual property has perhaps been one of FKB’s most important moves.