A Preserve for Development 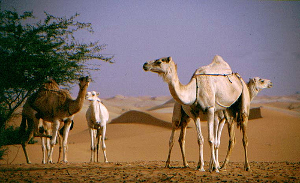 Having been brought up in a poor family in a small village in Mauritania where date palms abound, Abdellahi Ouldali, unschooled and unemployed, invented a recipe in 1987 for the manufacture of a date preserve using only fruit, without any added sugar or preserving agents. Abdellahi gave a few pots away to family and friends as gifts and it quickly became a big hit in his village.

Noticing this popularity, Abdellahi’s father gave him the idea of producing a larger quantity and marketing it. With no financial reserves, Abdellahi went off in search of a business associate who could lend him the funds with which to purchase the ingredients, packaging material and equipment necessary to make the product and build up a distribution network.

Arriving in the capital of Nouakchott, Abdellahi found that it was not so easy to find an associate willing to provide the necessary means to set up the little business that he dreamed of. Faced with no means of livelihood, he decided to distribute a few pots of his preserve as he had done in his village. He collected empty pots in rubbish bins, sterilized them and then filled them with the date preserve in a little workshop. Gradually he became known in the area, and started to sell more and more to small shops and groceries. One day he received a large order from a supermarket, which made his preserve even more popular. This allowed him to quickly find an associate who was prepared to provide the financial means to meet the growing demand for his preserve.

Though Abdellahi’s success brought him the associate he sought, he did have some misgivings. He knew that future success hinged on the financial assistance of the associate, but he knew that disclosing his recipe to a partner would be risky because they could easily take it away from him. He also knew that increased sales would catch the eye of his competitors. He was afraid that they would take advantage of his recipe by copying and selling it, perhaps even at a lower price.

Unsure of what to do, Abdellahi approached the Mauritanian Ministry of Industry and a number of friends and professional advisers on the subject. They advised him to protect his manufacturing processes under intellectual property (IP) law, and to do that by approaching the African Intellectual Property Organization (OAPI). Abdellahi learned from OAPI that as long as his preserve manufacturing processes showed sufficient inventiveness, it could be patented.

Abdellahi understood that without a patent, anyone could develop an identical or equivalent invention, patent it and then prevent him from marketing his preserve or charge him royalty fees for using their patent. He also felt that without a patent, disclosing his recipe and manufacturing process to anybody would be risky. However, if he had a patent, he could license it while retaining ownership. Taking these considerations into account, Abdellahi knew that he needed to protect his IP. He hired the services of a consultant to help determine that the manufacturing process for his preserve was truly inventive and subsequently filed a patent application with OAPI in 2000. 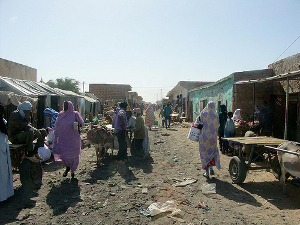 Abdellahi’s patent built up the trust of prospective investors and proved extremely useful in attracting credit. In a relatively short time, he identified sources of financial support and partners interested in marketing his product. This allowed him to enlarge his workshop and produce the date preserve in larger quantities, increasing his customer base and market reach.

To promote his invention and enhance his network, Abdellahi became a member of the Association des inventeurs en Mauritanie. In September 2000 the Mauritanian government invited him to take part in the National Invention Fair, whereupon the panel of judges awarded him first prize for invention and technology. At the United Nations Food and Agriculture Organization’s (FAO) World Food Day on October 16, 2000, Abdellahi received the gold medal for the FAO’s TéléFood 2000 campaign. As a result, the Mauritanian government invited him to participate in the Geneva International Invention Fair in December 2000, where he won a medal for best invention likely to interest the international market. His success brought him significant domestic and international press, which helped him to secure the support of OAPI to take part in the Geneva International Invention Fair again in 2002. Abdellahi met many companies through participation in fairs and events such as these, which has led to many new orders for his preserve.

Abdellahi has been able to use his patent as a tool for success, and it has opened up many future possibilities for him and his invention. In particular, Abdellahi hopes to grow through international marketing. Licensing to companies in major date producing countries and creating and registering a trademark are just a few of the steps he is planning to take to achieve this goal.